The Asia Foundation Releases 2014 Survey of the Afghan People 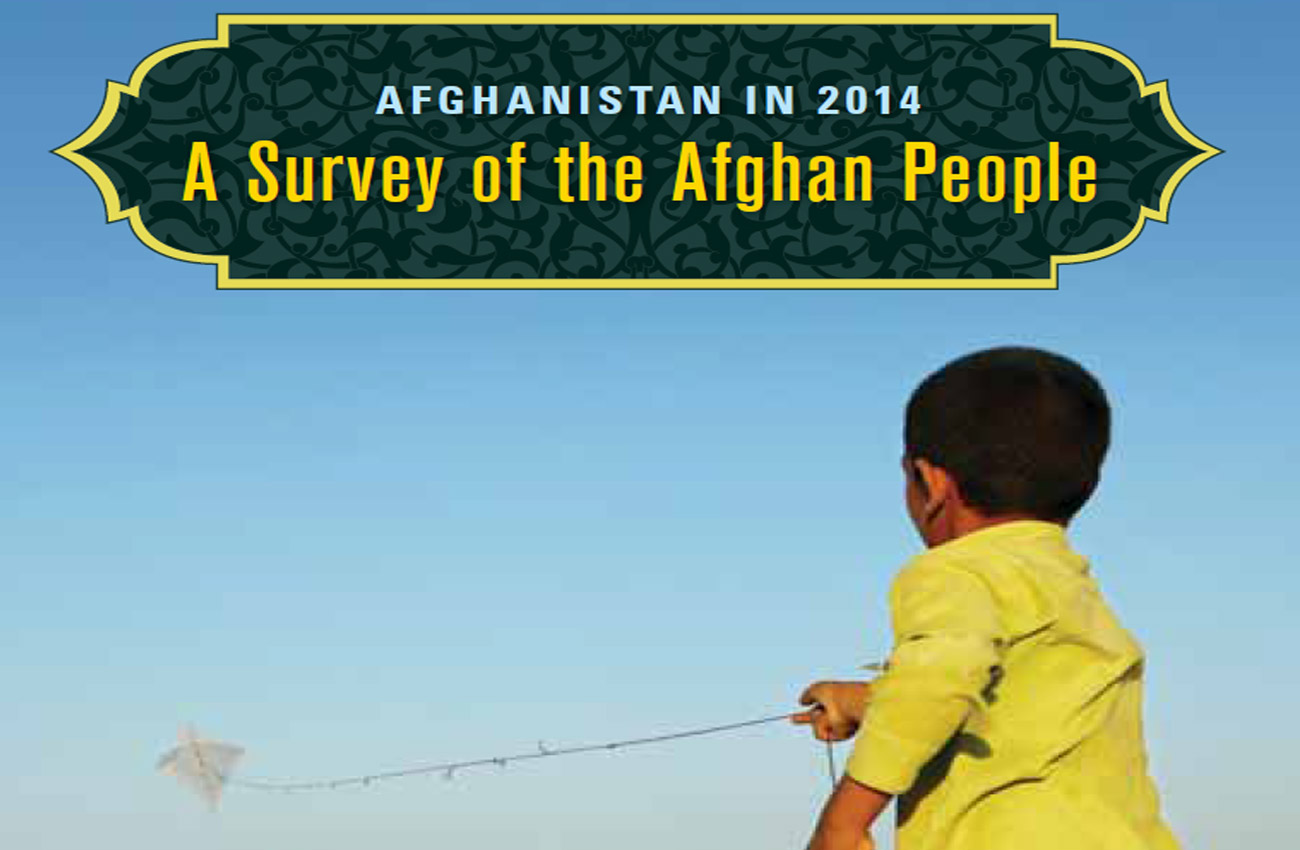 KABUL, Afghanistan, November 19, 2014 – The Asia Foundation has released the results of the tenth annual Survey of the Afghan People, conducted by ACSOR-Surveys, Afghanistan’s largest survey research company, founded with the assistance of D3 Systems. The Asia Foundation presented the findings at the United States Institute of Peace in Washington, D.C. on November 18th. The results of the survey have been the subject of news articles and editorials in Foreign Policy, The New York Times, Voice of America, ­ and many other news outlets. The Survey of the Afghan People is the longest-running annual survey of Afghan opinions, representing the views of more than 65,000 Afghans, and is widely cited in international news media. Full results and raw data are free and publicly available on The Asia Foundation’s website.

The editorial in Foreign Policy by former Ambassador and Retired Lt. Gen. Karl Eikenberry draws comparisons between the findings of the 2014 Survey of the Afghan People and D3 Systems’s May 2014 poll on the Crisis in Iraq, which was featured on BBC World News.

The Survey of the Afghan People covers a range of topics including governance, security, elections, the economy, women’s issues, and human rights. The 2014 survey took place during a momentous year in Afghanistan, and the survey was conducted in the aftermath of the two rounds of the presidential election and in the midst of the drawdown of foreign forces. While a narrow majority of Afghans (55%) feel that things in the country are moving in the right direction, Afghans list serious concerns about security, unemployment, and corruption. Approval of the national government remains high (75%), but approval of provincial and local governments is significantly lower. Corruption remains a major concern, with majorities saying that corruption is a problem in their daily life, in their neighborhood, among their local authorities, in their provincial government, and in Afghanistan as a whole.

One-third of Afghans (65%) “always”, “often”, or “sometimes” fear for their or their family’s personal safety, and 16% say that they or someone in their family has been a victim of violence or criminal activity in the past year. Views of the ANA and ANP remain positive, but a majority of Afghans believe that they need foreign support to do their jobs properly.

Concerns about security and the legitimacy of elected leaders are especially relevant in the wake of the political crisis surrounding the presidential election, which delayed the resolution of the election for months but nevertheless resulted in the country’s first peaceful transition of power in modern times. Despite doubts about security and the integrity of the election, around two-thirds of Afghans (64%) say they believe the result of the presidential election will make their lives better, a significant increase from 56% in 2013. Men (68%) are slightly more likely to say the election result will make their life better than women (60%).

The Survey of the Afghan People also provides compelling insights into the situation of women in today’s Afghanistan. Just over two-thirds of Afghans (68%) believe that women should be allowed to work outside the home, but opinions on where women should work vary. While most respondents believe it is acceptable for women to work in schools, hospitals, and government offices, fewer believe that women should work in NGOs or in the army or police. Afghans are most likely to cite education/illiteracy, unemployment/lack of jobs, and domestic violence as the biggest challenges faced by women in their area.  Increasingly, women describe themselves as seeking work, rather than as housewives, and women increasingly contribute to household income.

Fieldwork for the nationally representative survey, consisting of 9,271 face-to-face interviews conducted by 909 interviewers in all 34 provinces of Afghanistan, took place from June 22 to July 8, 2013. Respondents were male and female Afghan nationals (83% rural, 17% urban – unweighted) aged 18 and over.