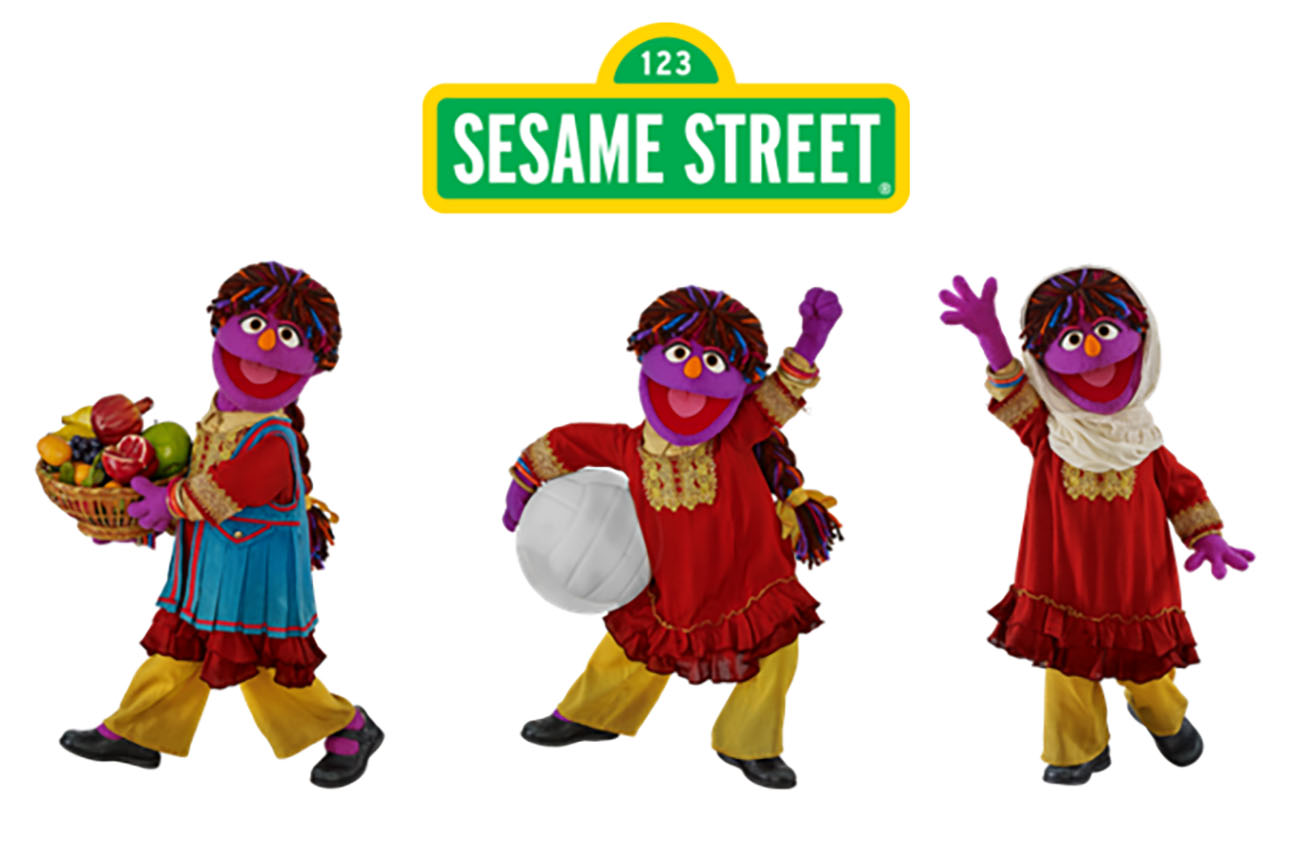 KABUL, Afghanistan, April 18, 2016 – For decades, Sesame Workshop has brought educational programming to children around the world. A localized version for Afghan children called Baghch-e-Simsim, or Sesame Garden, has been running since November 2011. Afghanistan has a particular need for the services provided by Sesame Street due to its very young population and the fact that many children still do not have access to schools. Forty-five percent of the population is under the age of 14 according to World Bank estimates.[1]

In order to provide a positive and relatable role model for young girls and to encourage acceptance of girls attending school, Sesame Workshop recently introduced a new muppet named Zari. Prior to Zari’s introduction, Sesame Workshop partnered with ACSOR and D3 Systems, Inc. to test Zari’s appearance, likeability, and personality with Afghan children and their parents. A key objective of the testing was to confirm that Zari’s clothes are common in Afghanistan and culturally appropriate. In order to do this, ACSOR conducted five sessions of In-Depth Interviews (IDIs) with children at ACSOR’s Kabul office, for 30 IDIs total, while conducting focus groups with their parents after test screenings. ACSOR sought to speak with parents and children from both urban and rural families who represented a range of ethnicities and education levels. Research was conducted in both Dari and Pashto.

Feedback about Zari was mostly positive. Most of the children liked her, and parents said that she spoke and looked like an Afghan girl. Most were also able to remember the segments she had appeared in during the test screenings.

Zari debuted on Season Five of Baghch-e-Simsim shortly after ACSOR completed its testing and presented its report. Zari has received coverage in numerous international media outlets, including the New York Times, PBS News Hour, the BBC, and ABC News.